Applebey stated that although they were done with their start and were to go back, but they made it till the end. She strongly believes in participating in the Round Antigua Race. She is competitive enough to take part in the race and aims for victory. Also, she believes in improving performance from time to time to get to the top. It was a pleasure to win the race and is only the beginning for Applebey. There is a lot more to achieve. END_OF_DOCUMENT_TOKEN_TO_BE_REPLACED 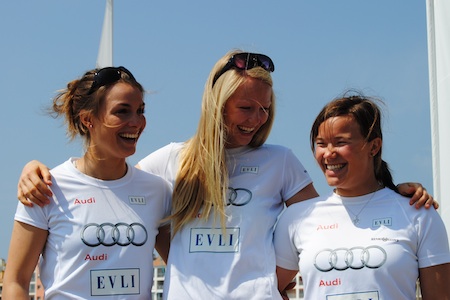 Many state that Terry Kohler was a generous and philanthropic man. The day he passed away Women’s World Match Racing Championship had its opening day ceremony. It was also held at the yacht club that he loved and supported in Sheboygan which was his home town. There were several instances when he quietly supported the women’s match racing events, but that never came out in front till now. END_OF_DOCUMENT_TOKEN_TO_BE_REPLACED